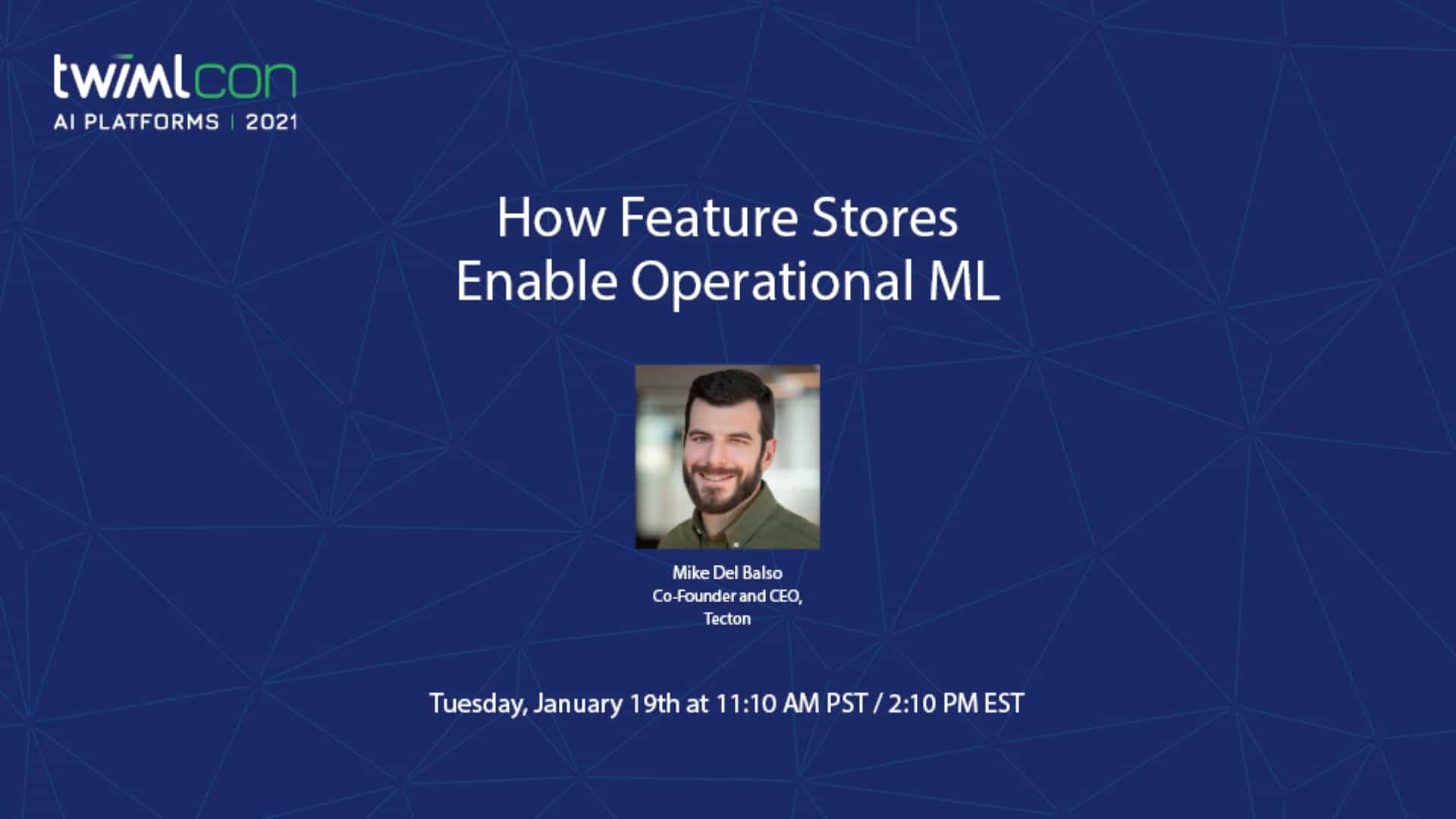 Data is often the hardest part of getting ML models to production. Data scientists lack the tooling required to build and deploy production-ready features. Instead, they rely on data engineering teams to implement custom pipelines with production-hardened code. These pipelines are complex, brittle, and expensive. The end result is that more than 70% of ML projects never get deployed.

Feature stores are data platforms that make it easy to build, deploy, and use features in production. They transform raw data into feature values, store the values, and serve them for model training and online inference. By automating these steps, feature stores allow data scientists to build and deploy features within hours instead of months.

Mike will provide an overview of feature stores and show how they helped Uber scale to 1000’s of production models in just a few years. He’ll explain the key differences between types of feature stores, and how to pick the right one based on your requirements.

Oops, please Login or Create Account to view On Demand

The good news is that it's both easy and free to register and get access.